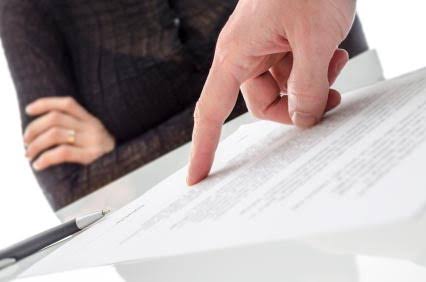 A Guide to Legal Jargon and Legal Terminology

Legal jargon and legal terminology refer to particular words, phrases and expressions used in legal matters, proceedings and documents drafted by law professionals. Sometimes, these legal terms have been developed over the course of centuries and are not widely understood.

This comprehensive guide is designed to explain and simplify legal jargon and legal terminology. You can bookmark this page in your web browser so that you can refer to it easily, whenever you need it.

What Does ‘Indemnity’ Mean?

Indemnity can be defined as an agreement made between parties, where one or more of the parties agrees to reimburse the other party for loss and damage. The indemnity usually sets out the type of potential loss or damage that the party agrees to indemnify the other party for.

Below is an example of a typical indemnity clause:

Party A agrees to indemnify and hold harmless Party B for any loss or damage incurred by Party B and arising out of or in connection with:

If you are using the term indemnity in a legal sense, then it can also mean an exemption from legal liability for your actions. The use of an indemnity clause to exempt one or more parties from legal liability commonly arises by using the phrase “hold harmless”. This means the party who is held harmless is being excused for causing or contributing to the loss that the other party is providing the indemnity for.

Every indemnity agreement is bound to have a period of indemnity, which refers to the specific time duration for which the reimbursement will apply. This provides some financial assurance that the party giving the indemnity will meet its contractual obligations for the relevant period. This is because if they don’t, they may be required to reimburse the other party under the indemnity clause.

An obligation to indemnify another party is triggered once an event specified in the indemnity happens. Unlike breach of contract or negligence, the usual elements of the cause of action do not need to be proven, making it easier to claim against a party for loss or damage under an indemnity than other causes of action.

For example, if you sought to recover loss against the other contracting party for breach of contract, you would have to prove (on the balance of probabilities) that:

Easier said than done. Claiming under an indemnity, on the other hand, can simply require proving (again on the balance of probabilities) that the thing the other party agreed to indemnify you for has happened.

What Does ‘Liability’ Mean?

For instance, a child, an insane person, or any other legally incompetent person is not considered legally responsible for their actions and therefore not ‘liable’.

The amount of liability can also be ascertained by reference to a statute or legislation.

There are two different kinds of liability, civil and criminal. Any offence pursued at the discretion of the injured party or their representatives is known as a civil injury. On the other hand, any offence pursued by the sovereign or its subordinates is a crime, and all absolute obligations are enforced criminally.

What Does ‘Mutatis Mutandis’ Mean?

Mutatis mutandis is a Latin phrase sometimes used by lawyers. It means “with things changed that should be changed” or “having changed what needs to be changed”.

What Does ‘Party’ or ‘Parties’ Mean?

In a lawsuit, parties refer to those people who are involved directly in the dispute or have an interest in it. The party who files a motion with the court is called a moving party whereas, the opponent is known as the non-moving party.

When a civil lawsuit is initiated, the person raising it is called the plaintiff, and the party opposing it is termed the defendant.

However, in a criminal case, the government brings the suit and is referred to as the state. The party against whom the suit is brought is the defendant. If the case is appealed at the end of the trial, the person who files the appeal is the appellant and the opposing party is the appellant or respondent.

‘Party’ and ‘parties’ can also refer to the people or business(es) who have entered into an agreement.

A time bar is a time limit that is placed on a person’s ability to pursue a legal claim. If the person tries to bring a legal claim after the time period has expired, they may be ‘barred’ or, in other words, prevented, from bringing that legal claim.

The period of a time bar varies depending on the type of legal claim. For example, a claim for negligence often has a time bar of six years from the date the cause of action arose.

Time bars are often described in State and Territory legislation. This legislation is sometimes referred to as statutes of limitation or limitations of action acts.

Time bars can also find their way into contracts. For example, a contract might place a time limit on a person’s ability to bring a legal claim, which may be shorter than the period of time allowed for under the legislation.

Time bars that are included in contracts are often intended to apply to claims for variations, extensions of time, claims for payment and other kinds of contractual rights.

What is a ‘Recital’?

A recital can be defined as a formal statement that appears in a legal document like a deed. It helps to explain the reasons for the transaction and is preliminary in nature. In the case of pleading, a recital contains the statement of the matter. This is the introduction to a positive allegation.

Recitals are generally used for explaining those facts that are necessary to make the transaction intelligible. Any party reciting a particular fact while executing a deed cannot deny that fact. In pleading, private statutes are required to be recited. They also must be proved by an exemplified copy, except when the other party admits them by their pleading.

You can click this link to read our detailed article which explains what a deed is.

What Does ‘Fit for Purpose’ Mean?

You can click this link to read our detailed article about what ‘fit for purpose’ means.

The Intellectual Property in Australia is designed to encourage innovation and protect the original intellectual property in business, including patents, designs, trademarks, secret processes, formulae, etc., that can have a competitive advantage. The different types of IP protection in Australia are:

Patent Protection: A registered patent in Australia provides the owner of a work legal right to stop the third parties from manufacturing, using, or selling his invention.

Trade Mark Protection: A registered trademark gives legal protection to your business as it prevents other businesses from using your brand.

Registering A Domain Name: A domain name is the unique internet site address that enables other people to access your website. For example, you can register a “.au” domain in Australia, and it is administered and regulated by the .au Domain Administration (auDA).

Copyright Protection: Australian copyright law has been designed to encourage and protect the businesses that invest their time and talent in creating new material.

How Does the Australian Consumer Law apply to B2B?

What Does Gross Negligence Mean?