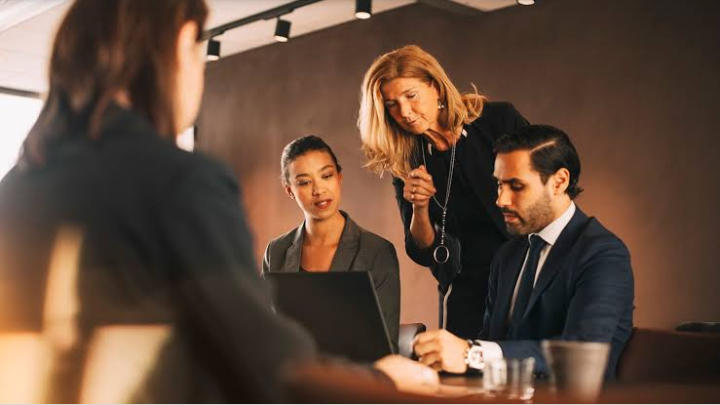 What is the difference between an Employee and a Contractor?

What is the difference between an employee and a contractor? The distinction between whether a person is an employee of a company or a contractor can be a source of confusion for both workers and business owners in Australia.

The answer lies in the type of relationship that exists between the individual and the employer.

This article aims to unravel that confusion by defining what an independent contractor is and comparing that to the definition of an employee. We will also look at a few key differences between the two, including some Australian case law examples.

It’s important to understand the difference between an employee and a contractor because there is a risk that you are entering into sham contracting if you get it wrong.

In the High Court’s recent judgment of Workpac v Rossato, the High Court said that if the agreement is in writing, that is the total contract and terms will not ordinarily be implied.

This case placed far more importance on the written contract than previous cases and is, to some extent, an unusual position and it will be interesting to see how this case is addressed in future decisions.

Workpac v Rossato appears to demonstrate the High Court’s shift away from looking at the substance of the client / independent contractor relationship and instead relying on what the parties agreed in writing.

Surprisingly, it is generally tax-related cases that raise the question as to whether someone is an employee or a contractor.

Definition of an Employee

An employee is a person who works for an employer in a commercial enterprise. That is, they work for a business and are part of that business.

Definition of a Contractor

A contractor can be either an individual or a business hired by a commercial enterprise to carry out certain functions. So, a contractor is different from an employee in the sense that they are running their own business.

According to the Independent Contractors Act 2006 (Cth), an independent contractor does not necessarily need to be a natural person. Therefore, the below-mentioned commercial enterprises will always be considered a contractor for all accounting and superannuation purposes:

A workplace lawyer can advise employees and employers what the difference is between a contractor and an employee.

Key Differences between Contractors and Employees

The table below outlines some factors that, when taken together, determine whether a worker is a contractor or an employee.

There have been a few landmark cases in this area of law in Australian courts, and it is worth exploring them here.

In Jiang Shen Cai trading as French Accent v Michael Anthony Do Rozario, the court laid down some key considerations when determining the employer or independent contractor question.

These considerations include whether they wore uniforms, whether they provided their own equipment to work, who made the decision of how long they worked, and whether they were paid wages or they invoiced the company instead.

In 2017, the Fair Work Commission heard the Kaseris v Rasier Pacific Case. In it, Mr Michail Kaseris made an application under s 394 of the Fair Work Act 2009 (Cth) for an unfair dismissal remedy, after alleging that he had been unfairly dismissed as a driver by Rasier Pacific (trading as “Uber”).

Uber argued that Kaseris was an independent contractor, rather than an employee and therefore not protected by unfair dismissal. The Fair Work Commission agreed with Uber, stating that the relevant indicators of an employment relationship were absent.

Some of these indicators include the following:

Kaseris had significant control over how we worked and when he worked. He was able to turn on the app when we wanted to work, and off when he did not want to. This means that he dictated his own start and finish times. He could accept and ignore rides at his leisure, he could also cancel rides as he wished. Things that an employee under an employment contract could not ordinarily do.

He supplied his own equipment for the job, including the car that he drove customers around in, and the phone from which he accessed the Uber Partners Application and accepted rides. In an employment setting, equipment to complete your job is ordinarily supplied by the employer.

Employees receive benefits attached to their employment contracts, such as annual leave, sick or personal leave and a wage. Kaseris did not receive any of those benefits.

Kaseris was also responsible for registering for GST, and paying for his tax independently. He also did not receive any superannuation.

Two years later, Uber came before the Fair Work Commission again in Amita Gupta v Portier Pacific Pty Ltd, (trading as Uber Eats), to decide whether Gupta would be considered an employee or a contractor.

Ms Gupta raised several points in favour of defining herself as an employee, including that the job she did, did not require any special skill or qualification. Through Uber Eats Partner App, she was told where to collect orders from, where the customer was and the route to take to get to the customer. She was also not permitted to subcontract or delegate her work to anyone else.

However, echoing the first Uber case, it was found that the work that Ms Gupta performed as an Uber Eats delivery driver did not qualify her as an employee because, again, there were factors that pointed toward her being an independent contractor:

Uber Eats did not have any control over when she worked and for how long she worked.

She was able to accept work from competitors of Uber Eats even when she was logged in and completing tasks from an Uber Eats delivery request – something that employees are not normally able to do.

She was not considered a party of the Uber Eats business when she was performing her tasks, in the way that employees are part of their employer’s business.

Both these Uber cases reflect the considerations above. There are factors that are associated with being an employee that one must meet in order to be considered an employee.

Why is it important to distinguish between an employee and a contractor?

Whether you are looking for work or the business doing the hiring, it is important to understand if someone is an employee or a contractor because there are some legal rights and responsibilities that need to be fulfilled.

For example, as an employee you are:

As an employer, you must understand and make sure you fulfil all your legal obligations accordingly, including income tax or workplace health and safety legislation.

Knowing the difference between an employee and an independent contractor means that as an employee you will know what is and what is not owed to you in your working arrangement.

As an employer, it means you can manage the working arrangement in a way that complies with legal requirements. A workplace lawyer can advise you in relation to your staffing obligations.

In this article, we have looked at the various indicators that distinguish an employee from a contractor under Australian law. To understand whether a worker is an employee or a contractor, you need to carefully assess the relationship between the employer and the worker, and its features.

If you own a business and are paying people, but you are unsure whether they are employees or contractors, you may have to pay charges and penalties for not meeting the employer obligations and superannuation requirements.

Similarly, if you are being paid by a business and are unsure if you are an employee or an independent contractor, you might be missing out on a lot of benefits that are owed to you.

If those situations apply to you, you should seek legal advice from an Australian employment lawyer.

Contact us today to speak to an executive employment lawyer.