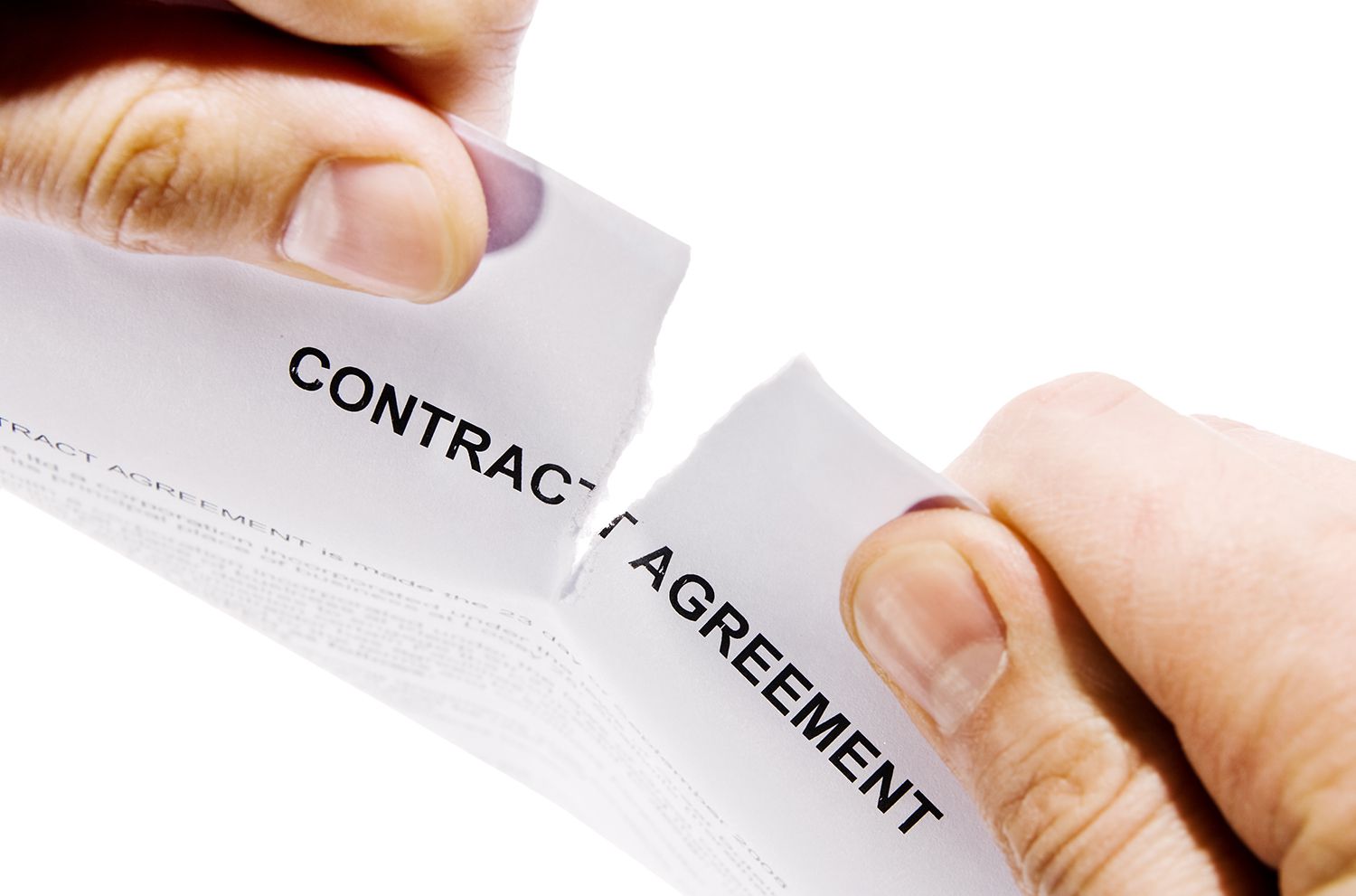 How to Terminate a Contract

A contract can be terminated in several ways. For example, in accordance with the termination clause or by relying on legal principles under Common Law. Learning how to terminate a contract is important. If a contract is terminated the wrong way, there can be serious legal and financial consequences.

This article will provide a detailed explanation of how a contract can be terminated. And don’t forget, if you need fast and affordable legal advice from a commercial contract lawyer, contact the team at Prosper Law.

An overview of how a contract can be terminated

A contract can be terminated in several different ways, including by:

Each of the ways in which a contract can be terminated is discussed below.

By agreement between parties

Parties to a contract can agree to terminate a contract. Such an agreement needs to be mutual (i.e. both parties must agree) and it is recommended that the agreement be recorded in writing.

If the mutual agreement to terminate a contract is not recorded in writing, it is open to a person to argue that the contract has not been ended by the agreement of the parties.

Termination clauses can give a party a right to terminate:

If the contract is breached by a party and the contract gives the innocent party a right to terminate, that party must follow the process (if any) described in the contract.

If a party is relying upon a termination for convenience clause, they must still follow the process described in the contract. This process is often more straightforward than terminating based on the other party’s breach.

It is recommended that you have your contract reviewed by a commercial contract lawyer before relying upon a termination clause. Terminating a contract can be complex and because contracts operate in parallel with other laws, the process is usually more involved than simply reading the contract.

Repudiation occurs when a party, through words or conduct, shows an intention not to be bound by the relevant agreement.

It is critical to ensure that the other party has actually repudiated the contract before taking steps to exercise your right to terminate. Here you can read more about repudiation of contract.

Breach of an essential term

If a term of the contract is essential, the innocent party can terminate the contract even if the consequences of that breach are minor.

Serious breach of an intermediate-term

If a party has breached an intermediate-term (rather than an essential term), then the innocent party can terminate the contract provided that the consequences of that breach are sufficiently serious. Minor or technical breaches are not enough to invoke this right to terminate.

You can read more here to find out how to classify contract terms and work out whether the term is an essential term or an intermediate term. Or you can simply ask a commercial contract lawyer for help.

The term insolvency is usually given a broad definition under the contract, so that it is not just the literal definition of insolvent that applies, but the ipso facto may also apply in circumstances where:

It is important that, before exercising rights under an ipso facto clause, the innocent party considers whether the Corporations Act 2001 (Cth) operates to prevent the reliance on the clause.

For instance, the Corporations Act 2001 (Cth) prohibits reliance on an ipso facto clause where one of the following applies:

Contracts cannot be read in a vacuum. Contracts operate in a complex legal environment (cue: the lawyer!) and it is important to consider whether, even though there is a termination clause, the law operates to override the rights and obligations set out in the contract.

For example, a contract may contain very limited rights to terminate a contract, but the Unfair Contract Terms law operates to grant a party a right of termination in certain circumstances.

The doctrine of frustration is a legal mechanism that can be used to bring a contract to an end. Sometimes, the doctrine finds its way into the term of the relevant contract either by:

Frustration according to the contract

If an Event of Frustration occurs, then:

Event of Frustration means war, terrorism, epidemic, pandemic, severe weather events or other acts of God which causes one or more of the parties to be unable to perform the Agreement.

The doctrine of frustration applies where the relevant event means that the performance of the contract has become something that is now fundamentally different to that anticipated by the parties at the time the contract was entered into.

If the event could have been anticipated and therefore dealt with in the contract, the doctrine of frustration is unlikely to apply. An example of this might have been the effects of COVID-19 on the performance of contracts entered into after the pandemic began.

If you need advice about the doctrine of frustration, it is always best to speak to a commercial contract lawyer.

No matter which method you choose to terminate your contract, it must be done properly and in accordance with the contract terms or relevant legal basis. If you do not properly terminate a contract, there can be significant consequences.

If you are currently a party to an agreement and you want to bring that contract to an end, talk to Prosper Law’s commercial contract lawyer for help.

We will provide you with a fixed-fee price for our legal fees to assist you to terminate your contract in the right way and get you help from a commercial contract lawyer. That might mean attempting to preserve business relationships, avoiding legal risk or managing commercial risks.