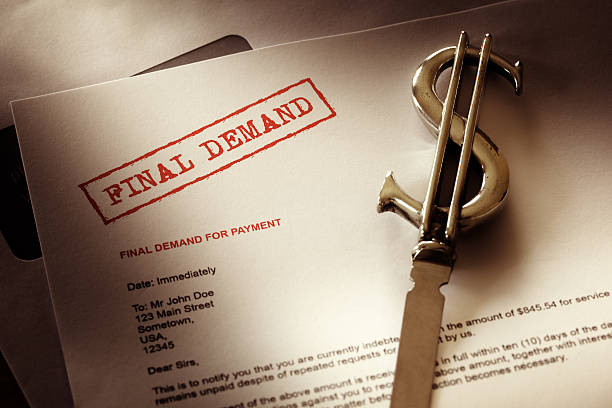 Many businesses that are owed money often wonder how to write a letter of demand and whether it is worthwhile. Let me tell you – it is!

The letter states the amount that is outstanding and owing to the creditor, a timeframe for the debtor to take action and advises that further measures (including starting recovery proceedings) may be commenced without further notice if the debt is not paid.

Talk to a lawyer

However, a letter of demand is only used for the goods and services provided but not for the money that is owed because of a loss or damage suffered by the person or company.

In this article, we go into detail on the topics listed below. You can skip ahead to the relevant topic by clicking the link:

When to send a letter of demand

A letter of demand:

2. can be used as evidence that the creditor has taken steps to try to resolve the matter and recover the money owed before commencing legal proceedings

If you are owed money and the debtor has either not responded to your invoices or has refused to pay them, your next step may be to send a letter of demand.

Inclusions in a letter of demand

A letter of demand should state several factual matters, including the following:

The letter must also include proof or evidence about the existence of the debt. This may take the form of an invoice or an agreement regarding the goods and services that were provided.

It is important to ensure that a letter of demand is capable of being complied with by the debtor, without the need to ask anything further (for example, if no means of making payment have been provided).

The letter of demand should be factual and professional and must be signed and dated. A copy of the letter and all attachments must be kept for your record if in case you proceed with any legal action.

The letter must also mention the date by which the debt should be repaid, the mode of payment and the necessary action to be taken in case the party fails to pay the debt on the said time. It is recommended that you avoid addressing any allegation that you have done something wrong.

If the debtor has a genuine dispute, they can raise this formally by responding to your letter of demand.

You should also ensure that you send the letter of demand by a traceable method so that you can be certain the debtor has received it. For instance, if you send it via email, request a read receipt or send it by registered post.

What to consider while sending a letter of demand

Work or Goods are Faulty

The failure to correct poor workmanship or replace faulty goods are also common reasons to issue a letter of demand.

Provided that certain other legal requirements have been met when one party delivers faulty or inadequate goods or services and to rectify that fault, additional work and/or expenditure is required, the creditor can issue a letter of demand. In these kinds of situations, it is recommended to outline the applicable law and how the other party breached its legal obligations.

In the letter, you must state how you want the other party to rectify their fault or breach. It may include completing a particular job or requesting reimbursement.

Benefits of a letter of demand

Letters of demand can be an effective way to encourage debtors to pay outstanding amounts, due to the uncertainty, stress and cost associated with being taken to court for outstanding debts.

What if a debtor doesn’t respond to a letter of demand?

Sometimes, a letter of demand does not accomplish what you thought it would. The debtor either ignores your letter or continues to refuse to make payment. If this happens, you need to consider the best way forward.

And a word to the wise – your next step needs to take into account the expense of taking the matter further and comparing this to the amount you are owed.

But before taking that next step and forgetting about the letter of demand, consider whether you have given the debtor sufficient time to make the payment or respond. 21 days is considered to be the ideal time for responding to a letter of demand or making payment (even if it is just part payment).

Can you resolve the dispute with the debtor in an amicable way? If you can’t, good legal advice is essential.

If you need a lawyer to prepare or respond to a letter of demand in a cost-effective way, contact us today!

We can provide you with a fixed fee quote for legal services.

Want to continue reading? Check out An Australian Guide to Royalties.